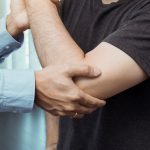 TBA practitioner identifies energy imbalances which act as physical, emotional, or spiritual toxins. TBA uses muscle response testing based on the concept of a viscerosomatic relationship. The health of an internal organ influences the amount of strength that an associated muscle will have. The muscle’s reaction to an item produces a change in the energy levels, which effects the strength of that muscle.  It indicates if the item makes the muscle either stronger, weaker, or has little effect at all. This gives the practitioner an idea of how the body is impacted by a food, supplement, chemical, trauma, or activity by doing this muscle response test.

Energy You Didn’t Know You Had! 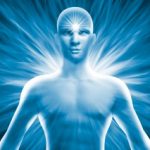 The human body produces many forms of energy.

Our body energy emits low-level light, heat, and auditory energy that produces electrical & magnetic properties. The amazing thing is the body is able to convert this energy from one form to another.

Think of our body energy like the operating system on a computer. You cannot see it or use it directly. However, without it, the software or hardware on a computer will not work. Illnesses occur because the energy flow becomes blocked. Our body’s energy is like the electrical wiring in a lamp.  If the switch is turned off, then   light can’t work. The light isn’t broken, it’s simply a matter of the energy it needs to work has been blocked.  Body energy is much the same way. TBA indicates where energy is blocked & outlines a program for the body to correct the disruption. 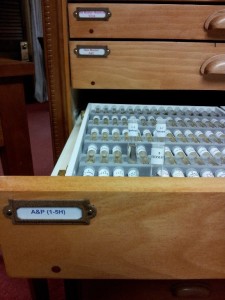 The TBA vials used to develop a program.

Total Body Analysis uses a series of vials containing the perfectly imprinted frequency in Hz. that represent items which either weaken or strengthen body energies. These vials identify the micro-current changes showing areas that could benefit from cleansing, dietary changes &/or supplementation.  The goal of TBA is to identify the energy block(s) that might result from

These are signs your body energy is disrupted. Illnesses are perpetuated by blocked energy, restore the energy pathway and the body will do what it was designed to do by the Creator. Don’t cover up symptoms with drugs, cut them out with surgery or burn them out with radiation! When the energy is allowed to flow the body can follow the processes of repair, rebuild (where possible) and restore itself.  When the energy imbalances are eliminated, symptoms have the potential to dissipate. However, it is important to remember repairing an issue, can be like dealing with the layers of an onion. Sometimes the problem(s) can be several layers deep, and it may take time to eliminate the root of the energy disruption. Do not assume a TBA program is not working if symptoms are still present.  Changes are occurring within the body that may not be initially felt externally. Lack of quick results simply indicates the possibility that additional factors will need attention in order for results to be fully achieved.

Consultations are available in person, by phone or on zoom.